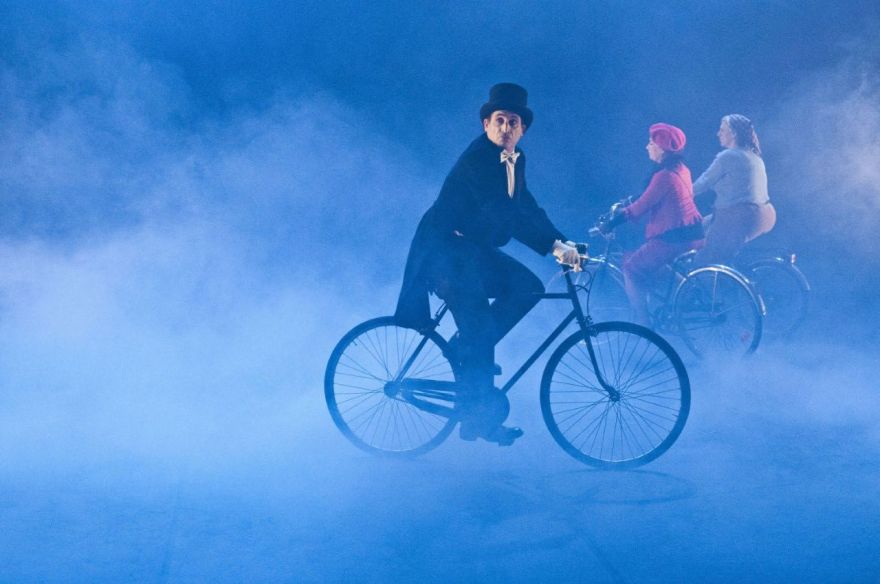 A tribute to Federico Fellini, with his dreamlike images and the musics by Nino Rota.

Fellini was fascinated by the enchanting "magical atmosphere" coming from Nino Rota, and the two artists immediately had each other a special understanding, corroborated by a deep admiration and esteem. At the beginning of their collaboration, Nino Rota was in the midst of his celebrated academic career, and the idea of ​accompanying movie music was not one of his goals, but as soon as he met Fellini, he radically changed opinion and realized that they could create masterpieces together.

In this show we will present movies that have marked the history of the 20th century, such as La Strada, Amarcord, I Vitelloni, Nights of Cabiria, I Clowns, La Dolce Vita, Juliet of the Spirits, 8 ½ , with the recurring presence of the circus world, that for the director meant the irruption of the fantastic in the repetitiveness of the daily life of a province, and embodied his (mostly imaginary) yearnings of escape.

The concert is based on a live performance of Nino Rota's musics - especially rearranged for this occasion - taken from the most significant titles of Fellini's filmography. In the same time, the unforgettable sequences of each work will flow on the screen, in an exciting cinematographic editing made by Alba Film Festival. The elegant tone of the Giuseppe Nova’s golden flute and Gli Archimedi’s strings will drive the audience through a dreamlike and engaging journey.

Contacts
This email address is being protected from spambots. You need JavaScript enabled to view it.